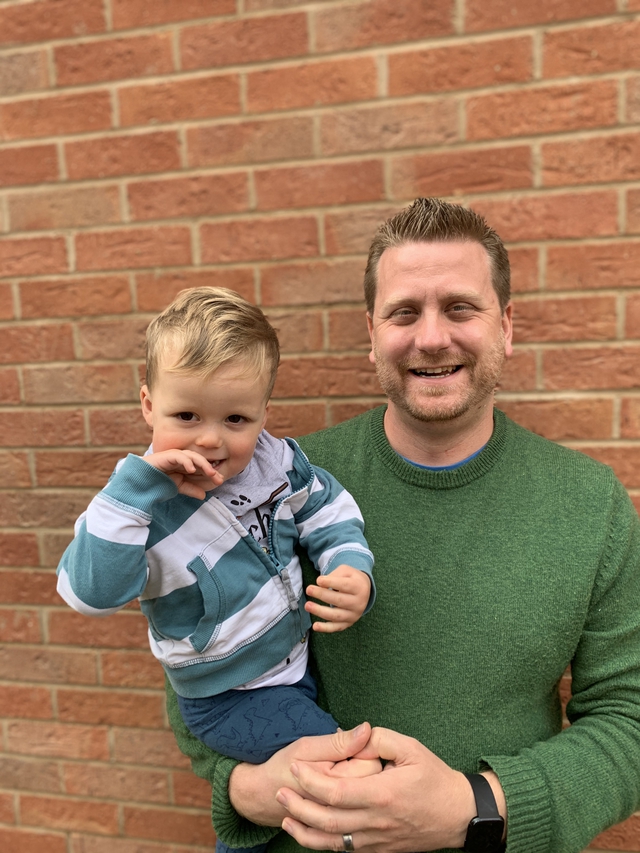 Jack Williams has travelled and worked in many different parts of the world, but he keeps finding himself being drawn back to the Waterlooville area where he grew up. Now he’s just about to be ordained as the new curate at All Saints Church, Denmead.

He is one of nine people who are being ordained by the Bishop of Portsmouth across the next two weekends. Usually these ordinations happen in two large services at Portsmouth Cathedral in the summer. Instead, each individual will be ordained at separate services in different churches, to ensure the maximum number of family and friends can attend in a Covid-secure way.

Jack grew up as part of the congregation at St Wilfrid’s Church, Cowplain. He took a gap year in Kent, but returned to the area for the first time when he worked with Solent Youth for Christ, working with young people across the Portsmouth area.

He spent two years working on an interactive faith project at Alton Towers, then found himself back in this area, working at Morrisons in Horndean. Then he went travelling, spending time working in Australia, at the Iona Community in Scotland, and for a Christian organisation in Hong Kong.

But, when he decided to join the police force, he found himself posted back to Waterlooville police station. His job was to respond to 999 calls from Hayling Island to Petersfield, and he served for nine years in the role.

The day before Easter Sunday in 2016, he had just done two early, two late and two night shifts and was exhausted, but found he couldn’t sleep. So at 1am, he found himself praying, and realised God was calling him to do some studying, so he could help in church in some way. He assumed it might be a part-time course while he remained with the police.

However, he found himself drawn towards ordination, and studied at Trinity College, Bristol, for two years from 2018. He had married Charley and their first baby, Caleb, was born in his first year there.

“Becoming a clergy person was something I had never imagined I’d be doing five or six years ago,” he said. “I had left school without even any A-levels, and had discovered that I had dyslexia in the police. So the idea of taking any kind of qualification seemed beyond me. But I now have a theology diploma.

“I am excited to be ordained, because it’s an opportunity to be a visible part of the community. I’ll be able to wear my dog collar in Denmead as a representative of the church. It’s a bit like being a police officer on the beat, in that you are there to support people and to be someone that the community can trust.

“We as a family have been welcomed and feel settled in Denmead, even though the pandemic has meant things are a little strange. We now have two physical Sunday morning services that happen in church, and we are also live-streaming a service each week.”

Jack will be ordained as a deacon in All Saints Church on October 9, which means he’ll be able to wear a dog collar and clergy robes, and be called ‘the Reverend’.

The others who Bishop Christopher Foster will ordain as deacons that weekend are:

The previous weekend, Bishop Christopher will ordain as priests five people who were ordained last year as deacons. Among other things, that means they’ll be able to celebrate Holy Communion. The five services will each happen in the church where they are already working. They will all remain as curates there. They are:

Although there is a maximum number of 30 people who are able to attend these services in person, all nine will be live-streamed for others to watch. For more details, see: www.portsmouth.anglican.org/ordinations