Bishop appoints new Archdeacon of the Isle of Wight 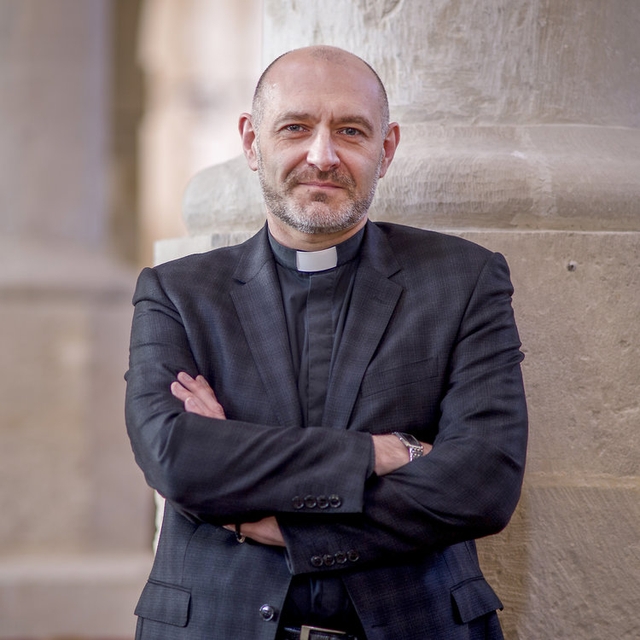 BISHOP Christopher has appointed Canon Peter Leonard to be the next Archdeacon of the Isle of Wight.

Peter is currently Canon Chancellor at Portsmouth Cathedral, and has been acting dean there since the retirement of the Very Rev David Brindley last summer.

He will take up his new post on the Isle of Wight soon after Easter, by which time Canon Anthony Cane will have started his role as Dean of Portsmouth.

Peter previously served as a priest in Guildford diocese, then became a teacher and a headteacher before coming to Portsmouth Cathedral as a residentiary canon nearly five years ago. Among other responsibilities, he is an elected representative of diocesan clergy on the Church’s national decision-making body, the General Synod.

He will succeed the Ven Peter Sutton as Archdeacon of the Isle of Wight. Peter Sutton moved on to become priest-in-charge of four Hampshire villages – Greatham, Empshott, Hawkley and Priors Dean – last summer after six years on the island.

Bishop Christopher said: “Peter Leonard has been an outstanding Canon of our cathedral, bringing flair and imagination to his role developing links with the wider community, and acting as dean in the past few months. I’m sure he will be missed there, and I’m confident that he will bring energy and commitment to his role on the island.

“I’d like to express my thanks, and those of everyone on the island, to the Rev Allie Kerr, who has taken on extra responsibility and oversight in the time that the island has been between Archdeacons. With the support of the mainland Archdeacons Gavin and Joanne, she has generously served the churches, parishes and communities of the island and I am deeply grateful to her.

“Please hold Peter, with Mark his civil partner, in your prayers as he prepares to move into this new ministry.”

And Canon Peter Leonard said: “Since arriving at the Cathedral five years ago I’ve really enjoyed getting to know the island better. I’ve been particularly impressed by those in the churches, both lay and ordained, and their enthusiasm for sharing the love of Christ and building God’s kingdom of justice and peace. I am thrilled and excited about moving to the island and working alongside the community there in such a beautiful setting.”