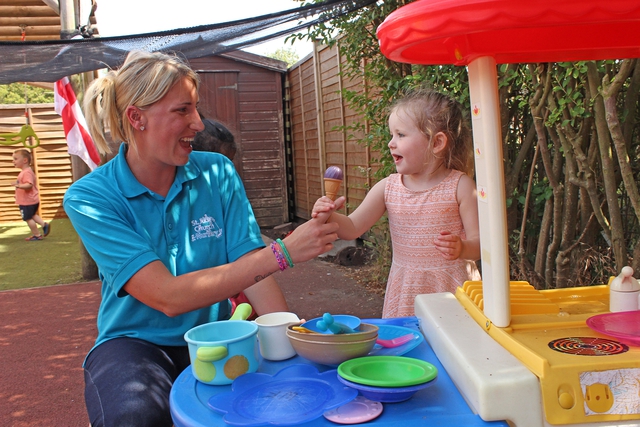 A NURSERY run by a church in Portsmouth won first prize in a competition organised by a local newspaper.

St Jude’s Church Nursery, in Silver Street, Southsea, was named as ‘Best School’ in the newspaper’s annual awards. It was the icing on the cake after they had received a new accolade from the National Portage Association earlier in the year.

The Portage Award was given to them for recognition of they work they do to “improve the learning of young children with disabilities, through providing quality training and support”. The nursery worked hard for over a year to complete the necessary criteria that was needed to achieve the award and they were extremely pleased to be the first to achieve it.

The local newspaper, The News, picked up the story of the award, and wrote an article on the nursery. It was then entered into the ‘We Can Do It’ community awards, which aim to celebrate achievement in the local community.

Nursery manager Levinia Glanville said: “Much to our astonishment, we were then invited to attend the Kings Theatre for the awards ceremony. The nursery turned out in force to support each other at this event. We were entered under the category of Best School and we were up against four other finalists, including schools and other nurseries.

“We were amazed when our nursery was called out at the winner – we were thrilled and very proud. It’s a great achievement and due recognition of the hard work all the staff do daily to ensure quality care and education is available for all children who attend.

“The trophy has pride of place at the Nursery and we featured again in The News. All our parents were pleased for us – although not at all surprised, saying it was well earned as we always go over and above for our children.”