Churchgoers to welcome Ukrainian refugees into their homes 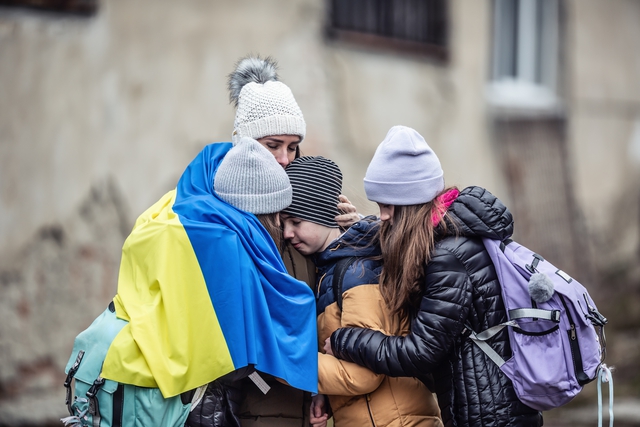 CHURCHGOERS across south-east Hampshire and the Isle of Wight will invite Ukrainian refugees to share their homes.

The Church of England’s Diocese of Portsmouth is launching a drive to find 50 individuals or families who can host refugees fleeing from the conflict in Ukraine. It has urged churchgoers to show their Christian faith in action by welcoming those forced to leave Ukraine after the Russian invasion.

Hosts will be given training in how to help those suffering from the traumas of being bombed, forced from their homes and bereaved. Churches will also be encouraged to form groups that can befriend Ukrainian refugees and help them to settle in a new country.

The diocese is working in partnership with the charity Citizens UK, which also has partners in Ukraine, Moldova and Poland. It can therefore identify refugees, link them with hosts and organise transport to the UK. Citizens UK hopes to recruit 1,000 individuals or families before Easter to host refugees as part of the government’s Homes for Ukraine scheme. It is working with 20 different organisations in the UK, each of which will recruit 50 hosts. It can also offer expertise in the next steps for refugees after the initial six-month commitment runs out.

The launch comes as churches are preparing for another Day of Prayer for Ukraine, with churchgoers set to pray for peace and show their support for those caught in the conflict this Sunday. (April 3)

Canon Nick Ralph, social responsibility adviser for our diocese, said: “We’ve all watched in horror as the Russian invasion has unfolded and wanted to know what we could do to help. The government’s scheme was helpful, but the issue that remained was how hosts or sponsors in the UK could be linked with specific refugees who needed help. Citizens UK can build that bridge for us and help us to welcome those in most need of help.

“At the heart of the Christian faith is sharing God’s love with others, especially those who are vulnerable or suffering. These Ukrainians will have suffered atrocities that we can’t imagine, being wrenched from loved ones, bombed out of their homes, or forced to queue at the Ukrainian border in freezing conditions. The least we can do is to offer them somewhere to live. We’re not looking for sofas or floors for people to sleep on – they need the dignity of their own room and their own space.

“I’m confident that there are people in our churches with spare rooms who can offer love, support and care for these refugees. It will continue a tradition of worshippers in this diocese, who have quietly and faithfully supported refugees and asylum seekers for many years, through a variety of projects.”

Citizens UK have helped to welcome 20,000 refugees to the UK over the past five years, using the sponsorship model that is now being used by the government to help with the Ukrainian crisis. It began in 2014-15 by working with 100 refugee welcoming groups across the UK to respond to the crisis in Syria.

Since the invasion of Ukraine began, churches across the Diocese of Portsmouth have been praying for peace and for those suffering in the conflict. They’ve also helped to collect money, food and medical supplies to send there, where needs can be met appropriately.

This Sunday (April 3) has been declared as a Day of Prayer for Ukraine by Christian leaders from across the UK and Ireland. Worshippers will pray for peace again this Sunday, light candles for those who have died or who have been bereaved, and organise public acts of witness to show their support for the Ukrainian people. There will be prayers outside the Ukrainian Embassy in London. See here for details.