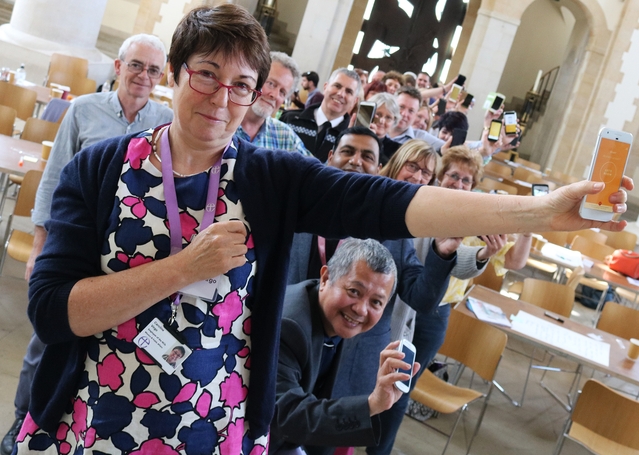 OUR cathedral hosted a day looking at how the victims of modern slavery could be helped back into society.

The day brought together representatives from the Church, the police, agencies and institutions to find ways in which they could work together - to restore survivors to a place of hope.

Delegates, many of whom are already part of the Hampshire & Isle of Wight Modern Slavery Partnership, heard speakers talk about case studies in which victims had been rescued from forced labour or exploitation to begin the process of recovery and restoration.

It was the latest day-long conference to be held as part of our diocese's involvement in the Church of England's Clewer Initiative - a three-year project to highlight the injustices of modern slavery. The last such day looked at modern slavery in the shipping industry.

Among the speakers was Philip Ishola, director of the charity Love 146, which supports victims through foster care and a safe accommodation programme. He said: "The day was immensely informative. It felt as though we were really working in partnership across the room, and that we all come from the same perspective.

"The key now is implementation. We can have a partnership framework, but now we need ways in which we can make a difference on the ground. That's why I like the idea of this car wash app."

Caroline Virgo, project lead for the Clewer Initiative, was also among the speakers. She talked about the Safe Car Wash App, which had been launched only the day beforehand. It's designed to combat the issue that those who wash our cars may be doing so as forced labour, for little or low pay, or under threat of violence.

It's an app that can be downloaded for free onto Apple and Android devices, and which users can open when they are at a car wash. Its location is pinpointed using GPS, and the user answers questions about whether workers have suitable clothing, if they appear withdrawn, and other indicators of exploitation. If the answers show a high likelihood, users are directed to the modern slavery helpline.

Data from the app will be anonymised and shared with the National Crime Agency and the Gangmasters and Labour Abuse Authority.

Delegates to the conference on June 4 showed their support for the Safe Car Wash App by downloading to their phones and posing inside our cathedral.

" Edwina Fennemore, Portsmouth’s Liaison Lead against Modern Slavery was one of the first to pick up on the Clewer Initiative," said Caroline. "The first event she facilitated was in January 2017. This is now the third one. I think the reason that Portsmouth is further ahead is because you have forged relationships and partnerships with other agencies. One of the interesting things at this conference was that we heard a positive outcome that had been prompted by our shared work at the maritime day last October."