New Dean of Portsmouth to be installed 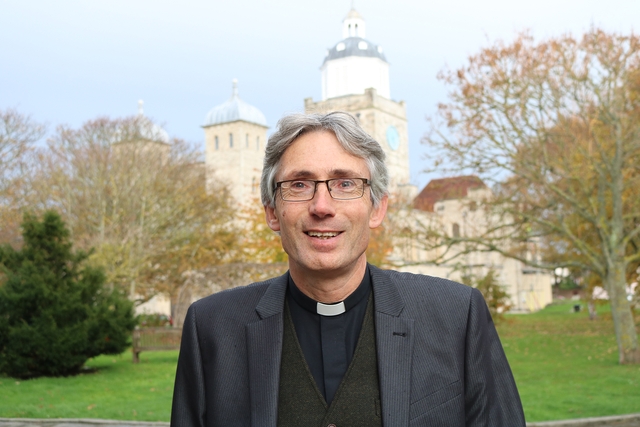 THE new man who will take charge of Portsmouth’s Anglican Cathedral will be installed in a special service on Saturday.

Anthony, who is 57, was previously Canon Chancellor at Chichester Cathedral, where he led its work in the areas of education, the arts, visitor engagement, and external partnerships. During a varied career, he has also worked with the homeless and drug addicts before becoming a Church of England priest.

His new role will see him leading the clergy and lay team at Portsmouth Cathedral, working alongside civic and political leaders in the city, and enhancing its role in the local community.

Anthony will then swear an oath of allegiance to HM the Queen and to his new bishop, the Rt Rev Christopher Foster. The bishop will pray for his new ministry in Portsmouth Cathedral.

The Archdeacon of Portsdown, the Ven Joanne Grenfell, will then officially give him permission to minister in the cathedral, and churchwardens will present Anthony with keys to the building and a map of the parish, to symbolise his new role.

Later in the service, Anthony will be escorted to the Dean’s official seat in the cathedral and ‘installed’ into that seat – that’s the moment at which he will officially become the Dean. He will then preach a sermon and lead the rest of the service.

Anthony said: “I am thrilled to be joining the cathedral and diocese as Dean of Portsmouth. What a privilege to have the chance to live and pray at the heart of a vibrant, diverse city and diocese.

“I look forward to working closely with the bishop, cathedral staff, worshipping community and volunteers, in furthering the ministry of the cathedral as a sign of God’s deep compassion and grace for every corner of the city and diocese. While there are challenges to face, the cathedral is well placed to go from strength to strength, and I am excited to be arriving at this point in its history.”

And Bishop Christopher said: “I am looking forward to welcoming Anthony, with Clare, to our diocese and the cathedral. He is well equipped to lead the development of its ministry in the parish, the city and for the diocese, building on the many strengths of its congregation and staff.”

Although his parents are from Kent, Anthony was born and raised in Cape Town until he was 20, and studied at university there for his first degree. He left college an atheist, and his journey to faith started when he met the woman who would become his wife, Clare, and accompanied her to church.

He worked in three different jobs in London, on the frontline of engagement with vulnerable people – working with homeless people in Vauxhall, a centre for former drug addicts in Earl’s Court, and a church community project on the Kings Road.

After ordination training at Westcott House, Cambridge, he served a curacy in Birmingham, then spent six years as senior chaplain at the multi-campus University of Brighton. He combined parish and diocesan jobs in the Diocese of Exeter, and was then adult education officer in Chichester diocese, developing courses for parishes, training Readers, and designing and running a new programme for curates.

As Chancellor of Chichester Cathedral, he has delivered an acclaimed annual series of public lectures, introduced five series of films with spiritual themes in a local cinema, and been a founder member of three charities. He has served as a governor of the University of Chichester, chaired the Diocese of Chichester Academy Trust from its inception, and initiated a ‘Night Cathedral’ event for students.

“Working with homeless people and former drug addicts was a formative experience, not least because my faith was developing at the time,” he said. “Both because of this, and the fact that I was an atheist until my early twenties, I have a strong sense for those on the fringes of church. In Chichester, we worked in partnership with a homeless charity and hosted a sleep-out to raise awareness.”

“I enjoy cathedral worship and pastoral care, and I have experience of helping people into deeper discipleship. But I think it’s important to be outward-facing too.

“I’m always very happy to work in partnership with other organisations, and sometimes the best ideas come organically through working with others. Cathedrals are well placed to be creative and put on events you might not imagine them hosting. I intend to be out and about in Portsmouth, looking for opportunities to build partnerships.”

Anthony is married to Clare, a teacher, and they have three grown-up children. He succeeds the Very Rev David Brindley, who retired as Dean in summer 2018.