Focus for Lent will be on combating climate change 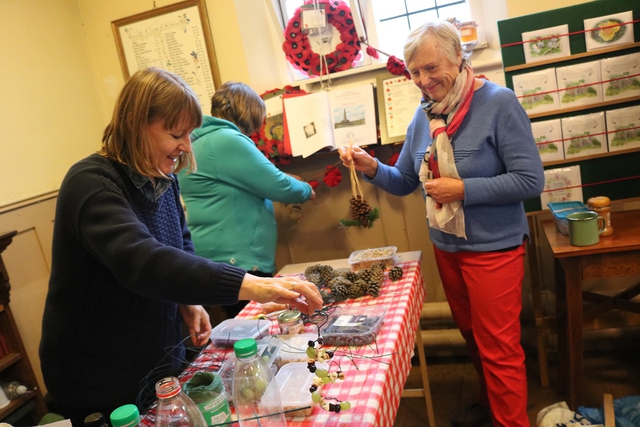 WORSHIPPERS in our churches will focus on conserving God’s planet and combating climate change during Lent this year.

They are committing themselves to praying for God’s world, taking practical steps to save the planet, and donating money to environmental charities between Ash Wednesday (Feb 26) and Good Friday (April 10) – as an impetus to making more permanent changes in their lifestyles after Easter.

Both the national Church of England and Portsmouth’s Church of England diocese have suggested a series of practical actions that worshippers can take each day during Lent to be greener – rather than giving up chocolate or some other luxury.

The national C of E has published a booklet of practical actions and reflections, while our diocese has listed a series of daily tasks on its website here. Bishop Christopher, our Archdeacons, the Dean and our Diocesan Secretary are leading the way, by tackling some of the practical actions themselves during Lent – such as observing a ‘meat-free Monday’; recycling clothes and shoes to help those in need; and cycling or walking to meetings, rather than using a car.

And the Bishop’s Lent Appeal this year will raise money for global and local initiatives that aim to combat climate change. One is the charity A Rocha, which runs the Eco-Church scheme and another is the Sustainability Centre near East Meon, which shares practical solutions to inspire people to preserve our planet.

Volunteers from St Helens Church in the village of St Helens, on the Isle of Wight, have already received a prestigious award from A Rocha because of their focus on the environment. It is just one of four churches in the south of England to receive a Gold Award from the Eco-Church scheme.

Villagers meet once a month on a Sunday afternoon for an Eco-Church service. It includes a few minutes of informal worship with an environmental theme, a practical task that helps sustainable living, and a shared ethical meal around a table inside the church. Those practical tasks might include surveying plant and animal life, assessing carbon footprints, making sustainable gifts, pressing apples or planting trees.

The Rev Ali Morley, vicar of St Helens Church, said: “There are around 12 of us who decided that we wanted to gather monthly to develop our love of nature and take some practical steps in response to the global climate emergency. Between 20-30 people have been involved in our other Eco-Church activities.

“The fact that we don’t just talk about it, but also take action, makes a massive difference, because we’re not just sitting in pews being passive. It’s also prompted a different dimension to people’s spirituality and enriched our worship. Our acts of worship are mostly led by lay people, and are based on our Christian response to God’s creation.

“It’s easy to assume that a small, rural church with limited resources can’t do a great deal to combat a massive issue like this, but we’ve shown what can be achieved with a little enthusiasm and passion.”

At St Helens Church, one project has quickly led onto another. Surveying the flora and fauna in the churchyard led to numerous plans – the construction of a pond at the far end of the churchyard, and planting trees to replace hedgerow and protect and monitor the resident glow worm population. A disused labyrinth has been lovingly restored and is used for prayer and contemplation.

Assessing the congregation’s individual carbon footprints led to a desire to promote sustainable living. The need to reduce single-use plastic has led to the setting up of a plastic bottle refill station. The church buys eco-friendly products, such as shampoo and household detergents, in bulk and sets up a stall at church coffee mornings where locals can refill empty bottles.

The need to plant more trees led to a seed-planting project with St Helens Primary School, as part of a long-term commitment. Each pupil in the Year 1 and 2 class planted a seed which is now germinating in a seed bed at the church. When the children leave at 11 years old, they will plant their sapling elsewhere. Ali has also worked with school and youth groups on plastic reduction with the aid of a large dolphin, Trashy, who collects crisp packets.

The environmental focus has also seeped into other acts of worship, with a regular Eco-Communion at St Helens each month, an Eco-baptism on the beach last year, and a Mothering Sunday service with pupils which involved planting seeds. Worshippers have also travelled to London to join Christian Aid campaigns to lobby for action on the climate emergency.

For more information about our churches’ involvement in environmental issues, click here