Clergy find innovative ways to help the bereaved during funerals 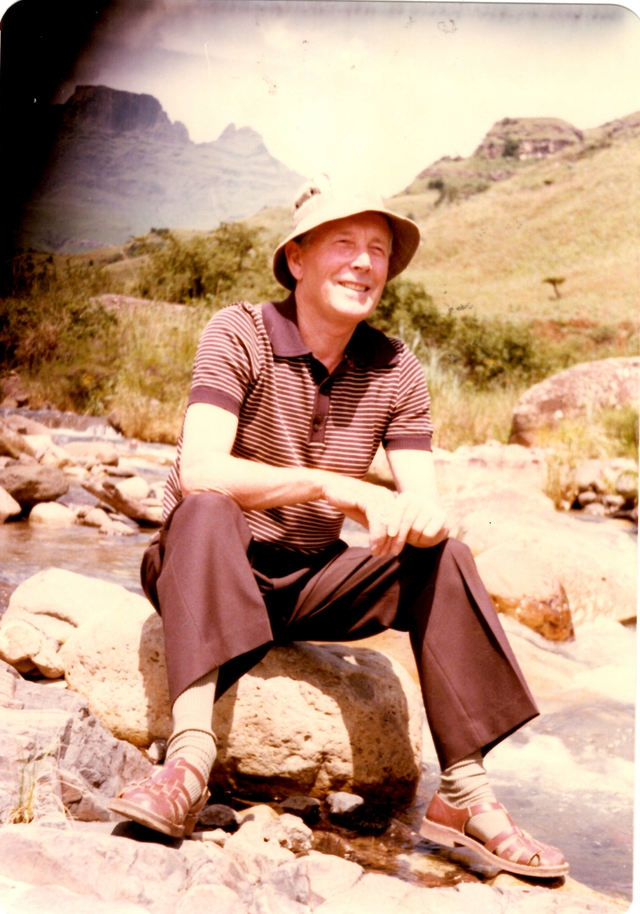 WHEN Fred Fryatt (pictured above) died at the age of 99, the vicar had to find a way for his family to pay their respects to him amid coronavirus restrictions.

Some members of Fred’s family have underlying health conditions, so – for their own safety – very few, if any, family members could have attended the service at the crematorium during the pandemic.

His daughter, Elaine Poulton, of Widley, had arranged for the hearse to pause for two minutes outside her house. So the vicar taking the funeral, the Rev Andy Wilson, from Christ Church Portsdown, offered to be with them there and to say some prayers.

The family then decided that they would all gather outside Elaine’s house and that no one would attend the crematorium.

Andy said: “I agreed with the family and funeral director that we would extend the time at the house. I included a Bible verse, a very brief message, prayers, the Lord’s Prayer, the commendation and a blessing.

“It was attended by Elaine and her husband, Fred’s three grandchildren and members of their families – a total of nine people stood in four family groups, observing social distancing. I then travelled alone to the crematorium, where I conducted a simple committal, which was recorded so that the family could watch it later.

“Elaine has since expressed her thanks, saying that it made the occasion memorable for the whole family.”

It’s this kind of sensitive handling of delicate funeral arrangements during the coronavirus pandemic that our clergy can offer. The current restrictions on funerals mean that only a handful of close family are allowed to attend funerals – which have to take place either at the graveside or in a crematorium.

Our clergy are using resources developed by the national C of E to help family members and friends who are unable to attend pay their respects from home while the funeral takes place. They are also offering pastoral support to bereaved families over the phone and offering families a memorial service in church, once church buildings are re-opened.

Our diocese is also trying to help bereaved families by waiving the church's fees for funerals while our churches are closed and a full funeral service can't be offered in church. We're also offering funeral directors a single phone number to ring, so that funerals can be co-ordinated across the diocese, especially in situations where the local vicar may be self-isolating.

Worshippers from Newport Minster were able to watch a specially-created video while the Archdeacon of the Isle of Wight led the funeral of PCC member Tony Hayman, who had lost his battle with cancer.

Tony had always wanted the instrumental Il Silenzio to be played at his funeral, and the parish had been planning to play it live with an organ and two trumpets. Instead, director of music Steve Parker and social media manager James Bremridge created a Youtube video featuring that piece of music, with images and video footage from the minster, to honour Tony’s request. It was premiered online on the minster’s Youtube channel as the funeral took place.

And on Hayling Island, the vicar, the Rev Jenny Gaffin, has discovered that some bereaved families prefer the idea of a private, family-only funeral during the lockdown, with a public memorial service at some later date.

“I feel like I’m learning my trade again, in terms of how we take funerals, because we are having to start again from the basics of what a family wants,” she said. “Several funeral services I've taken would have been very large public funerals. The present arrangements allow the family to grieve privately at a small gathering ahead of a public memorial service when the churches reopen.

“I’m also conscious that funeral directors, as well as clergy, are being very adaptable and sensitive in these new circumstances. They are feeling the pain of not meeting the bereaved families either until the day of the funeral, and they are putting their own health at risk by going into people’s homes.”

And the Rev Samantha Martell, priest-in-charge of All Saints and St Michael’s, Ryde, has found the value of providing orders of service to bereaved families, for them to hand on to those who aren’t able to be at the funeral.

“We are having to do our pastoral care over the phone, so it is a bit more business-like than visiting a family in their own homes,” she said. “Things like a photo of the coffin, or the emailing of an order of service become important to families. It is difficult at the end of a service, when you can’t even offer to shake hands or touch the shoulders of someone who is bereaved. But what we are offering is still personal, pastoral care.”