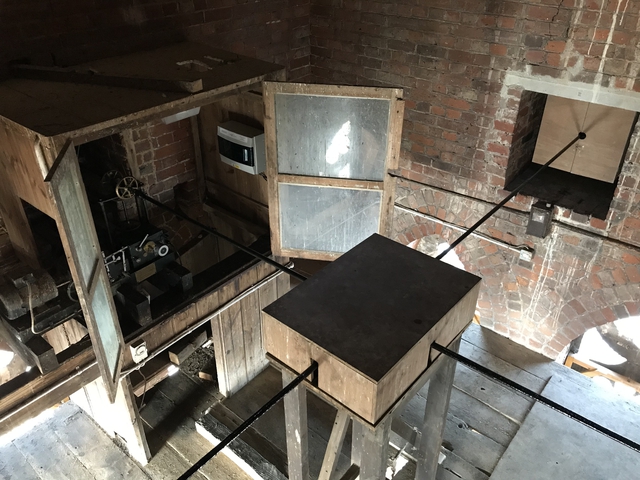 THE clock on the spire of a historic church has been repaired – thanks to a gift from a local department store that has closed down.

Worshippers at St Jude’s Church, Southsea, have used the lockdown period to ensure that the spire clock is repaired and restored, and also to paint the inside of the building.

The mechanism that allowed the four faces of the clock to tick had become damaged, meaning that it had rarely told the right time over the past few years.

During lockdown, the damaged parts were taken away to a workshop in Carlisle to be mended by the Cumbria Clock Company. They have worked on many of the major clocks in the UK and were confident that they could get this one going again. The actual motor was reconditioned and some of the long bars that reach out to each face had to be found in the tower and repaired before their return.

The funding for this project came from two sources. The majority was given as a gift by the Knight and Lee department store from their charity fund when they closed down. The Southsea store was located at the other end of Palmerston Road and had enjoyed good links with the church. The rest came from faithful members of the congregation.

Associate vicar the Rev Neil Smart said: “During the works we found the plaque that had been put in place when the clock was first commissioned. It says ‘The cost of this clock was met by donations from the congregation and residents of the parish and was installed on October 23rd 1947.’

“So, just after that time of desolation and destruction that we call World War II, the people of our city gave generously to create this sign of hope. For surely their lives had been interrupted by events beyond their control. Lives had been lost and the cost was still being counted. But the hands of the clock turned then as they do again now as a sign that there will be a time to move on.”