New chaplain to older people to be commissioned 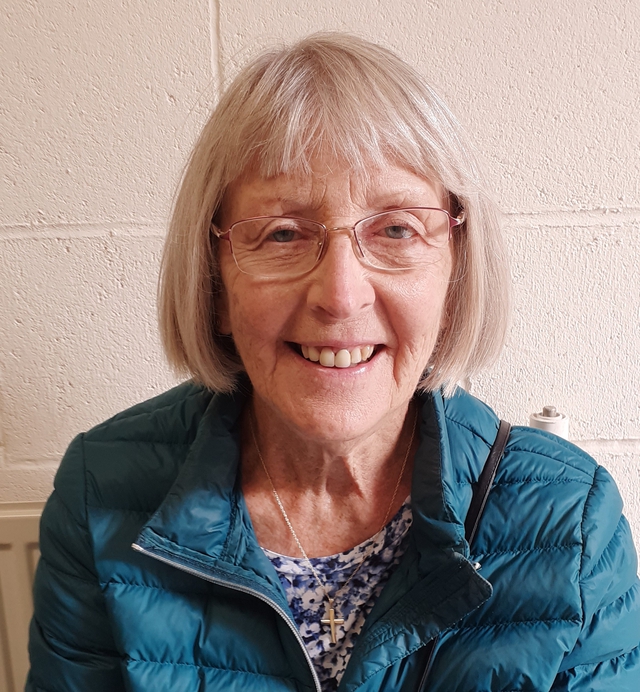 A NEW volunteer chaplain who will work alongside older people in West Wight will be commissioned this Sunday.

Anne Powell will become the first ‘Anna Chaplain’ in the Diocese of Portsmouth, once she has been commissioned at All Saints Church, Freshwater, on October 10 by her vicar, the Rev Leisa Potter. She will work across the whole of West Wight, but with a particular focus on the Freshwater area.

The first Anna Chaplain was the former TV presenter Debbie Thrower, who pioneered this work in the Alton area. There are now dozens of Anna Chaplains working across the country. Much of the work is with those who have suffered loss or bereavement, but it also recognises that older people have much wisdom to impart.

Anne, who has lived in the area for 52 years, worked in the hospitality industry, and retired in 2006. She had always been a committee person, but felt God calling her to a more pastoral role, visiting those in need. She started doing so in the parish of All Saints, Freshwater, and then spent 12 years volunteering with the chaplaincy team at St Mary’s Hospital in Newport. She also helped to set up the ‘Oasis’ drop-in on a Monday morning in Freshwater Methodist.

More recently, she felt a calling to Anna Chaplaincy, but was unable to pursue it while she cared for her terminally-ill husband Elwyn. He sadly died in January 2020.

Since then, she has discovered more about Anna Chaplaincy, which is co-ordinated by a Christian charity the Bible Reading Fellowship, and offered to take on the role in the West Wight area. She won’t be ordained, but will perform the role as a lay person, and the role is unpaid.

“I’ve been involved in this kind of ministry since the 1980s, when I used to bring elderly people to the 8am services at Freshwater,” she said. “But I did have a further prod from God after I retired in 2006, which prompted me to switch my focus on sitting on committees to visiting people in need.

“I had the privilege of being a ward visitor at St Mary’s Hospital for 12 years. It was interesting to see how similar my training there was to my training to become an Anna Chaplain. And I learned a lot during those 12 years from all three hospital chaplains I served under.

“I started to feel this calling to the ministry of being an Anna Chaplain. I had encouraging conversations with my vicar, and enrolled for the training course held in March and April this year.

“And having been accepted for the role, I’ve started to visit several of the local groups that help local people – such as Our Place, Remember When, Independent Arts Singabout, Alzheimer’s Café – and some of the care homes and independent living complexes. I want to see how I can help.

“I expect that my role might include taking Communion to people at home, reading to them, praying for them, talking through funeral preparation, and listening to the stories of their lives too. There are often things that people need to get off their chests in order to have a peaceful end of life.

“I can recruit some other volunteers to be ‘Anna Friends’ who will work alongside me for two or three hours a week. I can’t wait to start and I do believe that this is what God is calling me to do. West Wight does, of course, have a high number of elderly folk who live on their own, so I know this role will be helpful.”

Anna Chaplains are named after the widow, Anna, who appears in the Bible recognising the baby Jesus as the long-awaited Messiah. Anna Chaplains aim to support older people emotionally and spiritually, and are available to help those of all faiths or none. Debbie Thrower, who presented Meridian Tonight from 1993-2009, was the founder of Anna Chaplaincy and the first Anna Chaplain, working in Alton from 2010.

If you know of someone who would appreciate a visit from Anne as Anna Chaplain, do contact her on westwightannachaplain@gmail.com.