Film project aims to tell the story of Easter 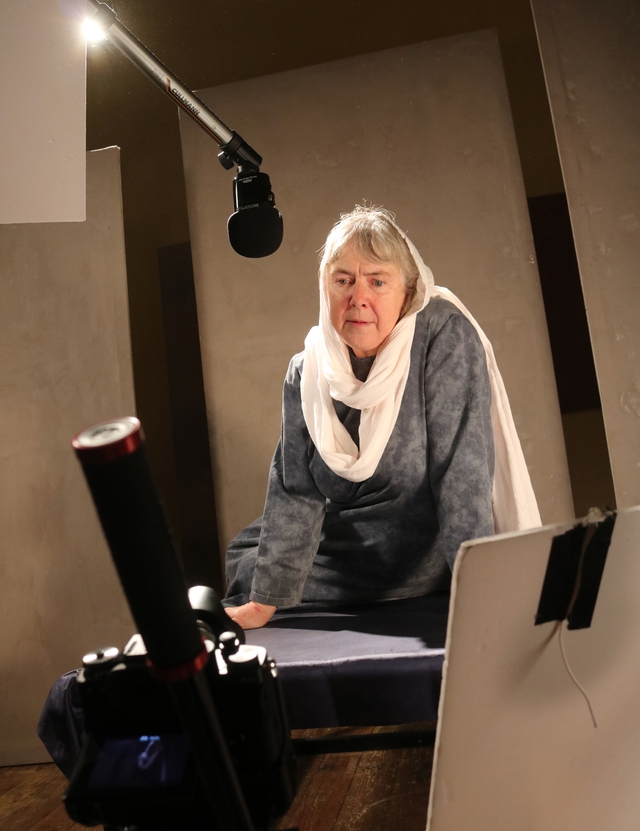 WHEN Zoe Skinner is acting in a scene that involves Jesus’s crucifixion, she often cries real tears.

So that makes her possibly the ideal person to play Mary, the mother of Jesus, in a new series of drama monologues for Easter.

The amateur actors and writers behind Havant’s Passion Plays are recording 12 new films for the week leading up to Easter. Each film will last for about three minutes. Every day, they’ll tell the story of Jesus’s last week, his death and resurrection from the point of view of key eye-witnesses.

It’s a follow-up to the 26 video monologues the group recorded and shared during Advent 2020, which told the story of Jesus’s birth, and found an audience on social media. Both digital projects have come about because of Covid restrictions on public performances.

‘The Road to Easter’ will be launched with a series of trailers starting on March 19. The main films will begin on Palm Sunday (March 28) with the story of the donkey that Jesus rode into Jerusalem. Also featured during the week will be the wife of the Roman governor Pilate; the Jewish high priest Caiaphas; and Judas, the disciple who betrayed Jesus.

Zoe Skinner, who is a Reader at St John’s Church, Rowlands Castle, acted in the Passion Plays that the cast performed in Havant Park in 2015, 2017 and 2019, as well as taking a part in the Living Advent Calendar monologues in 2020.

She said: “I find it hard enough watching Jesus being crucified in other plays we’ve performed. To place me next to the cross, as Jesus’s mother watching him die, means that I probably won’t be able to stop myself crying.

“I hadn’t acted before the first Passion Play in 2015, but I do really enjoy it. I used to work as a teacher, so I know how stand up and talk in public.

“What I actually enjoy most are the workshops beforehand, when we go through the Bible story and work out how all the characters might respond. It is amazing to do that. I also really enjoy the camaraderie between people from all the different churches – we make friends very easily.

“We had nothing but positive comments about our Advent monologues, so I think people will get something out of this. It’s great to be tackling Jesus’s death and resurrection, which is really at the heart of our Christian faith.

“And although it’s the Covid restrictions that have prompted us to record performances one person at a time, I do think by sharing it digitally we are reaching people who wouldn’t have come along to Havant Park.”

These 12 monologues were written by six members of the team, and feature 15 different actors. Every day from Palm Sunday on March 28 until Easter Sunday on April 4, one or more new films will be shared via social media and on the Havant Passion Play website.

Like the Living Advent Calendar project, the videos have been filmed and edited by James Burke-Dunsmore, who plays Jesus in the annual performances of 'The Life of Christ' at Wintershall near Guildford, and the Passion Play staged in Trafalgar Square each Good Friday. He also directed the three outdoor plays staged by the Havant Passion Play group in 2015, 2017 and 2019.

He filmed the monologues in the church hall of St Francis Church, Leigh Park, under strict Covid-secure conditions.

In light of the success of the Living Advent Calendar, the Road to Easter has been generously supported by The Passion Trust and Westhill.

For more information on the project, visit the website at www.havantpassionplay.org.uk.