Conference was catalyst for calling 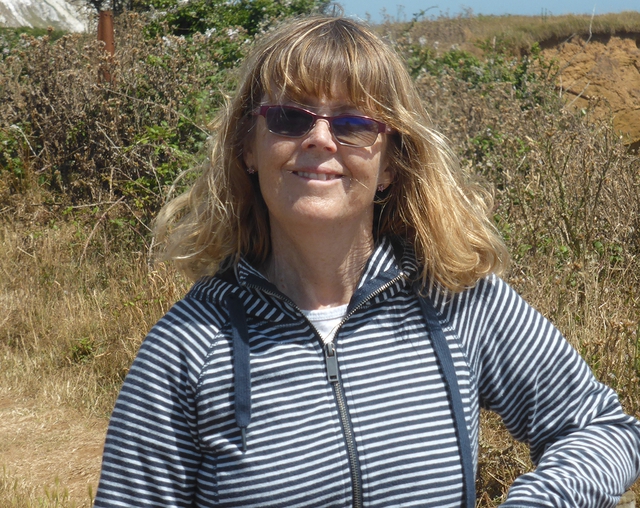 IT was at a diocesan conference on mission that Karen Crowhurst was asked if she had considered becoming a licensed lay minister.

Karen was attending our Leading Your Church Into Growth (LYCIG) conference in Liphook in October 2017 as chair of the mission group at St Blasius, Shanklin. At one point the Rev Tony Richards asked her if she’d thought about being a Reader.

It was the validation Karen needed, as she’d been thinking along those lines. She is one of two people being licensed as Reader by our commissary bishop, Bishop Rob this July. The other, Jo Nicholson, is from nearby Ventnor. The cathedral licensing service on July 3 also gives other Readers a chance to renew ministerial vows.

Karen had previously been a Salvation Army officer in Hertfordshire – so she had experience of ministry anyway. After switching to the Church of England, she was part of the Cursillo movement in St Albans Diocese, which enables lay people to enrich their discipleship through prayer, study and action.

She moved to the Isle of Wight five years ago when her husband retired early, and started attending St Blasius Church, Shanklin. Among other things, she sang as part of the robed choir, served on PCC, led Lent groups and preached in church.

“I felt I might be called to licensed ministry, but I hadn’t had time for the training before this point,” Karen said. “So when I came to the island, I deliberately didn’t get a job, thinking that God might want me to do something. But I wanted the call to be very clear.

“I was asked to go on the LYCIG conference with Tony, as I was chairing the mission group, and – without any prompting – he asked if I’d thought of being a Reader. I applied, was selected, and have spent the past three years in training on Portsmouth Pathway.

“My involvement with the Cursillo movement had helped me to appreciate how important lay ministry is. They have so much to offer. The training on Portsmouth Pathway reinforced that, as those training to be clergy and Readers study alongside each other. It provides a model of genuinely collaborative ministry.

“It has been hard work, but enormously worthwhile, to do the studying and to experience the placements. More recently, it has been harder to have that sense of community with the limitations on meeting up, but we’ve made the best of it.

“I’m looking forward to formally being part of the ministry team, and contributing where I’m needed. I’m still open to God’s call, in terms of my involvement with preaching, teaching, funeral ministry, leading small groups and pastoral care – I’ll do whatever God calls me to do.”