Food is vital to cement relationships in youth group 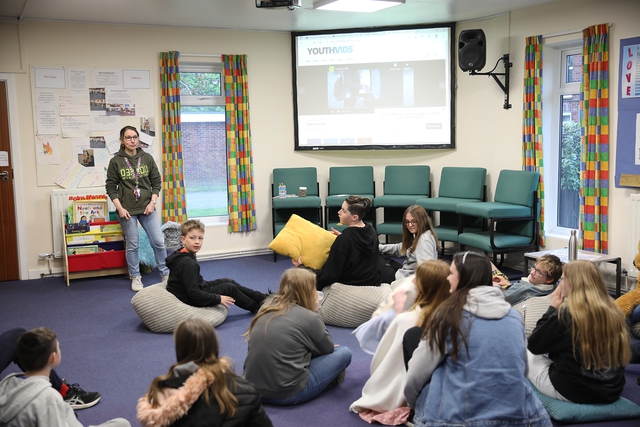 WHEN Clare and Nathan Hargreaves started leading the youth group at Church of the Good Shepherd, Crookhorn, they thought food would be vital.

They now cook a meal for the 11-18 year olds who come to ‘The Zone’ each Friday night. It allows them to build relationships as they eat together.

Now anything up to 20 teenagers will gather to share food, worship, games and Bible study each week between 6.30pm and 8.30pm. Typically, after their freshly-cooked meal, they’ll sing worship songs together, hear about an aspect of faith, and then do some craft or game.

They now know each other well, so in-jokes and competitive games with Nerf guns can be followed by serious discussion about issues such as identity and self-esteem.

“Food is really good for building relationships,” said Clare, who is youth and families team leader. “We did food and games for a while before introducing Bible study as we got to know people. That’s been the formula for about two years, although of course we were interrupted by the pandemic and had to start up again by meeting outside.”

Among the group are some who would call themselves Christians and others who wouldn’t. Most live locally, but some come from further afield because of pre-existing friendships.

Josh Murphy, 17, who attends with his twin sister Jess, said: “The people are really friendly, and it’s always good activities. It’s good to be involved with other people from our age group, and to pray together. And you feel comfortable talking about faith.”

Julia Woods, 19, comes to the group from Portchester. She said: “It’s good to have people you can talk about stuff with, who are similar age and I think it’s worth coming all this way.”

And for 18-year-old Chloe Smith, the community element is important too. “You can get to know the gifts that God has given to you and learn how to use them,” she said. “I also feel comfortable about talking to other teenagers about the group and bringing them along.”

The Zone is just one of the groups for children and young people at the church. There is a similar group for those aged four to 10, which meets on a Wednesday evening, plus Sunday groups and a midweek toddler group. And young people from the Zone make the monthly High Tide youth service a priority too.

The Zone restarts for the Autumn term on Friday 9th September at Church of the Good Shepherd, Crookhorn - check out the map below for the location. For details of all the church's activities, see www.cogs.org.uk.