Civic services to thank God for the life of the Queen 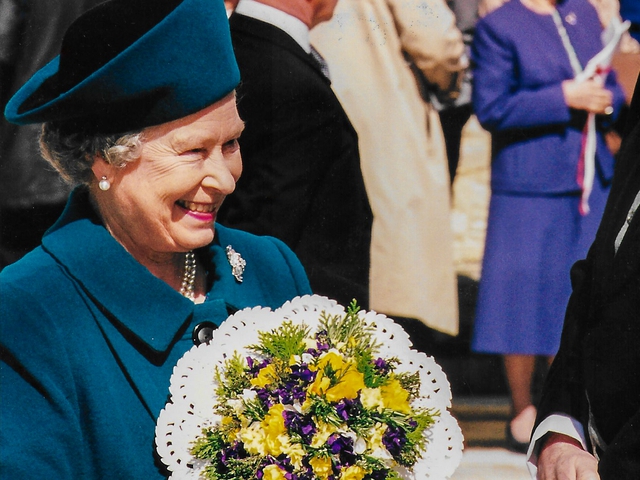 CHURCHES across our diocese will be hosting services this weekend to give thanks for the life and Christian faith of HM Queen Elizabeth II.

Worshippers will pray for our new King, the Royal Family and our nation at this time of national mourning, during their regular Sunday services throughout south-east Hampshire and the Isle of Wight.

And special civic services will take place in Portsmouth, Havant, Fareham, Gosport, Petersfield and Newport, which will be attended by Lord Lieutenants or Deputy Lord Lieutenants, MPs, Mayors, civic and community leaders. They'll happen on Sunday afternoon and evening, the day before the State Funeral of HM Queen Elizabeth II.

Portsmouth Cathedral will hold its Service of Commemoration and Thanksgiving for the Life of Her Late Majesty Queen Elizabeth II at 3pm on Sunday 18 September. It will be a chance for people of the city and diocese to come together and express their affection and gratitude for our late Sovereign.

The service will be led by the Dean of Portsmouth, the Very Rev Anthony Cane, and the Bishop of Portsmouth, the Rt Rev Jonathan Frost, will preach. Portsmouth Cathedral Choir will sing music drawn from across the nations of the United Kingdom and the Commonwealth. The music will include Andrew Lloyd-Webber’s Pie Jesu, as well as We wait for thy loving kindness, O Lord by William McKie, which was sung at the Queen’s wedding 75 years ago.

The service will be followed by Choral Evensong at 5.45pm and then a Vigil on the eve of the State Funeral, which will incorporate the national one-minute silence at 8pm.

HM Queen Elizabeth II last visited the cathedral in 1998 for the Royal Maundy service (pictured above), and the cathedral continues to open from 8am-7pm during the period of National Mourning.

The Dean of Portsmouth, the Very Rev Anthony Cane, said “Since last week's sad announcement, the cathedral has welcomed a continuous stream of people from all walks of life wanting to pay their respects to our late Sovereign. We are approaching 1,000 entries in our books of condolence, and many people have also lit a candle, joined in with prayers on the hour, attended one of our services, and appreciated the chance to speak to one of our welcomers or ministry team.

"Sunday’s service will give the people of Portsmouth and the wider diocese a final opportunity to pay their respects to HM Queen Elizabeth II, and all are very welcome to attend this poignant service, as well as the Choral Evensong and Vigil later that day, which will incorporate a national moment of reflection on the eve of her late Majesty’s funeral.”

A service of thanksgiving for the life of HM Queen Elizabeth will also take place at 6pm on September 18 in Newport Minster on the Isle of Wight. It will be led by the acting Archdeacon of the Isle of Wight, the Rev Allie Kerr. Dignitaries from across the Isle of Wight will attend, give thanks for her life and faith, pray for the Royal Family and nation, and sing the new version of the National Anthem. For details, click here.

A similar service will take place in St Faith's Church, Havant, at 6.30pm on September 18. Local Havant dignitaries will be invited to pray for the late Queen and her family, and for our new King. The service will be led by the rector, Canon Tom Kennar, and the Archdeacon of Portsdown, the Ven Jenny Rowley, will preach. For details, click here.

In Fareham, the civic service will take place at St Peter and St Paul's Church, in Osborn Road, from 3pm on September 18. The Mayor, local councillors and community leaders are expected to attend. The area dean of Fareham, the Rev Ian Meredith, vicar of Portchester, will preach. The Rev Roger Jackson, vicar of St Peter and Paul, will introduce the service, and the Rev Mike Terry, Mayor's chaplain, and the Rev Nicky-Sue Terry - both from St Mary's, Warsash, will give the final blessing. For details, click here.

There will also be a civic service of commemoration and thanksgiving at Holy Trinity Church, Gosport, at 6.30pm on September 18. Civic dignitaries from the town will attend, including the Mayor of Gosport, Cllr Jamie Hutchinson, councillors, and a representative of the Royal Navy. The preacher will be the Ven Peter Sutton, currently vicar of Greatham, Empshott, and Hawkley with Priors Dean near Petersfield, former Archdeacon of the Isle of Wight and former vicar of St Faith's, Lee-on-Solent. For details, click here.

And a similar service will take place at St Peter's Church, Petersfield, on September 18. The service of commemoration and thanksgiving for the life of HM Queen Elizabeth will take place at 4pm. It will be followed by Compline at 7.30pm, and then the one-minute national silence at 8pm. It will be led by Canon Will Hughes, vicar of St Peter’s and acting Archdeacon of the Meon. For details, click here.

There will be a special service for those who work in the voluntary sector, for charities, or in community groups in Portsmouth on the evening of September 17. St Mary's Church, Fratton, will host that service from 6pm on September 17. It will be led by Canon Bob White, vicar of St Mary's and King's Chaplain. For details, click here.

To read our tribute to HM Queen Elizabeth, click here
For information about our new King, click here