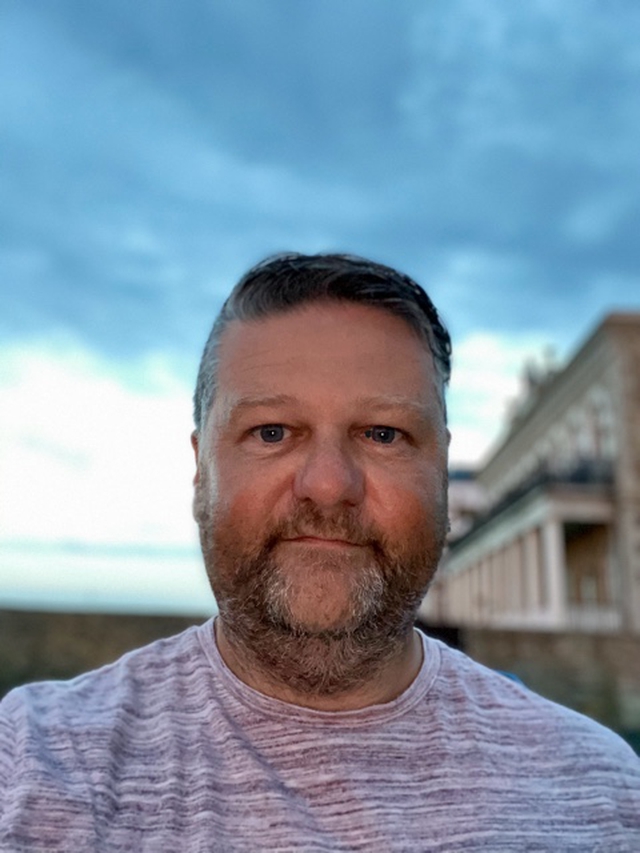 HE has felt God calling him to become a Reverend since he was 13. This Saturday, it will finally happen.

Ryde man Heath Monaghan, now aged 45, expects to be tearful during the ordination service at Portsmouth Cathedral, as he fulfils a lifelong ambition to be ordained as a church minister. He’ll be ordained as a ‘deacon’ alongside six others called to the ranks of the clergy.

Heath grew up in a coal-mining community near Durham, and aspiring to be a vicar didn’t quite fit in with people’s expectations. He drifted away from faith and back again, and his ultimate career has revolved around helping the Church to engage with those who don’t necessarily have faith.

The first time he applied for ordination, around 10 years, ago, he was told to wait. He spent much of that time pioneering a new mission social action project built on Christian values in the heart of Ryde. The creation of Aspire Ryde involved gathering a team of volunteers to transform a huge redundant church building into a thriving community hub visited by thousands of people each week.

His new role will be as a ‘pioneer minister’, which means he’ll be creating brand new worshipping communities in the eastern half of the Isle of Wight, specially tailored for those who don’t tend to engage with more traditional styles of church.

“It was when I was 13 and being confirmed into the Church that I felt a calling to ministry,” said Heath. “Initially I ran in the opposite direction, but I re-found faith in my early 20s. My career since then has been mostly to do with mission in some form, first with the YMCA and then with Aspire Ryde.

“I first discovered pioneer ministry about 15 years ago and felt totally at home with the idea of creating new worshipping communities and Fresh Expressions of church. I did something similar in Rutland, starting up a café church and helping to train others in how to create Fresh Expressions.

“I was turned down the first time I applied for ordination, but it was clearly the wrong time for it. Instead I felt called to the Isle of Wight and established Aspire Ryde. It’s a social action project, but with a Christian basis, so there is a rhythm of prayer and opportunities for people to explore faith further.

“We also started a church in people’s houses called Dwell about five years ago, which allowed people to worship at home, and it thrived during lockdown.

“For the past couple of years I’ve been training for ordination via St Mellitus, which is based in London, and I feel equipped and ready for what God is going to do next on the Isle of Wight. I’m passionate about the island, and I’d love to do some outreach among families with young children.

“I won’t be based in one church, but my training will come from the vicar of Bembridge, and I will also be chaplain to Aspire Ryde. It will be an absolute privilege to be ordained to serve people in these communities, and I will try not to cry on the day!”

Aspire Ryde – which was launched in 2014 in the former Holy Trinity Church, Ryde – has been especially busy during the pandemic, the team there have been offering food hampers and parcels to those in need, collecting prescriptions and offering phone support for those isolating.

Heath, who was its founder and chief executive, handed over the leadership to Trevor Nicholas as he began his training in 2019. He is delighted to continue to be able to offer pastoral support to the amazing team at Aspire Ryde and drinking copious amounts of tea whilst having a listening ear.

Saturday’s ordination services will be led by Bishop Rob Wickham, commissary bishop for Portsmouth, and will be live-streamed on diocesan and cathedral Youtube channels. The others who are being ordained this Saturday are:

Find out more about this service here.

The Rev Hannah Barraclough (who will continue to work at Newport and Carisbrooke); the Rev Catherine Edenborough (Portsmouth Cathedral) and the Rev Matthew Grove (Christ Church, Portsdown, and St John’s, Purbrook)

Find out more about this service here.

To find out more about pioneer ministry in our diocese, click here