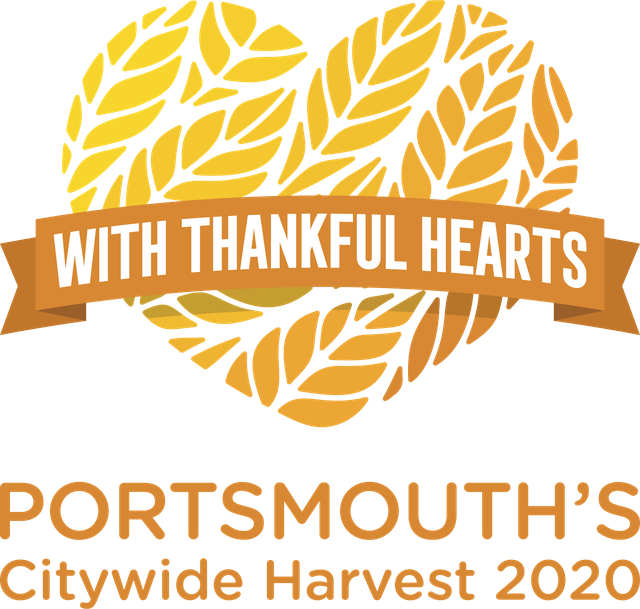 CHRISTIANS across Portsmouth will use their Harvest celebrations to help feed vulnerable people throughout the city.

Worshippers will use traditional Harvest Festival services to gather food and supplies and donate them to those on the margins of society – and also encourage non-churchgoers to donate too.

The city-wide campaign is called ‘With Thankful Hearts’ and involves the city council, voluntary groups, charities, the News and those who run Foodbanks. It is developed from the partnerships such groups made with the Hive Portsmouth, which has co-ordinated help for the most vulnerable during the Covid pandemic.

For two weeks, from September 20 to October 4, churches, schools and community groups will gather donations of tinned food, pasta, rice and other essential items. These donations will then be given to those in the greatest need by agencies who work with those who are homeless, vulnerable families and asylum seekers in Portsmouth.

Canon Bob White, vicar of St Mary’s Church, Fratton, and chair of Hive trustees, said: “Through the centuries the season of Harvest has been a time to reflect on the food and resources we have gathered in and how they will help us through the coming months. There was a sense of thanksgiving for the crops that had been gathered and how they would nurture and sustain people through the winter that lay ahead. Often this would also be associated with a sharing of some of those ‘good things’ with others who may not be so fortunate or have sufficient supplies.

“In our modern culture we have become less consciously aware of our reliance on a good harvest and tend to take for granted the things that are around us and the food we can eat. So, Harvest Festivals have become less prominent in our society, especially in urban areas. Faith communities, churches and schools, however, have continued the tradition and the season in early autumn has become a time to give thanks for the gifts of creation and to reflect on our stewardship of them.

“The last few months, and in particular the period of lockdown, focused our awareness of the food supply chain and the many things we so often had taken for granted. We looked afresh at our lives and the things we use and enjoy every day and perhaps appreciated them more.”

Harvest Festivals are still held in many churches and schools. But the feeling was that current restrictions on the numbers who can gather for such festivals might jeopardise the collection of these donations. The agencies involved have often depended on church and school Harvest donations to enable them to help others throughout the winter. And this winter, the need may be even greater than normal.

Those who would like to help are invited to donate tinned, dried or packeted food via their local church, school or community group as a sign of their thanksgiving, and as a way of sharing what they have with others.

These items will be shared with those foodbanks and other charities who would normally be supported at Harvest Festivals, and surplus items will be stored centrally by the Hive to be distributed to those charities as need arises.

If you, your school, or faith community, or organisation would like to be part of the campaign and provide a collecting box please contact Canon Bob White here and we will share more information and details of what to do with the items you have collected.

Where you can hand in donations around the city: